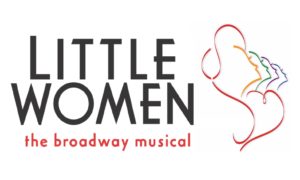 Blue Water Theatre Company is pleased to announce upcoming auditions for our alumni (ages 18+) production of Little Women, set to run from August 15 through August 19.

Based on Louisa May Alcott’s life, Little Women follows the adventures of sisters, Jo, Meg, Beth and Amy March. Jo is trying to sell her stories for publication, but the publishers are not interested – her friend, Professor Bhaer, tells her that she has to do better and write more from herself. Begrudgingly taking this advice, Jo weaves the story of herself and her sisters and their experience growing up in Civil War America.

AUDITIONS: Auditions are open to all BWTC alumni actors (ages 18+). Actors who wish to audition should come to their choice of the following three audition times:

Callbacks for select actors will be held on Wednesday, May 23 at 7:00pm. Actors who are needed at callbacks will be contacted by the directing team following the conclusion of the auditions on May 22.

Actors do not need to prepare anything in advance of their audition, although each actor must fill out and bring with them an “Actor Information Sheet,” which can be downloaded by clicking HERE.

If you would like to audition for the show, but are unable to attend any of the scheduled audition times, please get in touch with Katie Fischer to make alternative arrangements.

Note: If you are not an alumni of BWTC’s programming, we welcome you to still audition. Just be aware that this is not a traditional all-ages community theatre opportunity in the strictest sense. We expect that the cast will be made up of mostly college-aged actors, plus a small handful of actors who would have just graduated from college.

CASTING: The directors will be in touch with all who auditioned in the days following the callbacks on May 22 to inform them of whether or not they have been cast in the show. A few extra days may be necessary, as we expect that several people will need to do a “remote” audition (via a recording or Skype) since many of the potential actors will not yet be home for the summer from college. The goal is to have everything wrapped up by May 22, but we don’t want to hold to that date with absolutely firmness.

REHEARSALS: Rehearsals for Little Women will begin in June, and will typically run Monday through Thursday evenings beginning at 6:30. Not all actors will be needed at every rehearsal; the directing team will communicate a schedule to the team usually about a week in advance. If you would like to audition, but are concerned about the schedule and other conflicts you may already have, please reach out to Katie Fischer to discuss the situation.

LOCATION: All auditions, most rehearsals, and all performances will be held at Blue Water Theatre Company in Wayzata, Minnesota (605 Rice Street East). Some music rehearsals may occasionally be held at Kirsten Hoiseth Thayer’s home studio in Plymouth.

PRODUCTION FEE: There is no production fee for actors to take part in Little Women, however we always encourage our alumni actors to consider making a donation on their own in support of BWTC’s programming.