Thank you to all of the actors who auditioned for FROZEN JR this week! You can view the cast list by clicking HERE.

The actors whose names appear on the list should report to BWTC for our first rehearsal on Monday, September 16 from 5:00-6:45pm. Please contact Maureen at maureenomalley721@gmail.com. Further scheduling for the rest of the week is forthcoming.

Thank you so much to everyone who auditioned. We had a record turnout for auditions, and it was incredibly hard to make decisions. If you don’t see your name on this list, please try not to be too discouraged. We hope that you will come back and audition for us again in the future! The amount of talent we saw this week was astonishing, and we hope to get a chance to work with each and every one of you at some point! 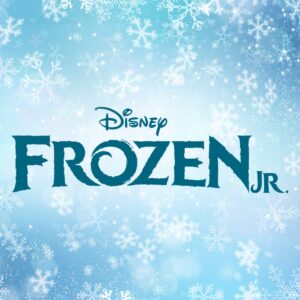 ABOUT THE SHOW: Based on the 2013 film and the 2018 Broadway musical, Frozen JR brings Elsa, Anna, and the magical land of Arendelle to life. The show features all of the memorable songs from the animated film, with music and lyrics by Kristen Anderson-Lopez and Robert Lopez, plus five new songs written for the Broadway production.

A story of true love and acceptance between sisters, Frozen JR. expands upon the emotional relationship and journey between Princesses Anna and Elsa. When faced with danger, the two discover their hidden potential and the powerful bond of sisterhood. With a cast of beloved characters and loaded with magic, adventure, and plenty of humor, Frozen JR. is sure to thaw even the coldest heart!

WHO CAN AUDITION? Auditions are open to actors in grades 3 through 8.

HOW DO AUDITIONS WORK? We will be holding open auditions at Blue Water Theatre Company on the following three evenings:

Actors who wish to audition simply need to show up to one of those three evenings. You do not need to prepare any material ahead of time; we will provide you with what you need the night of your audition. However, you must sit down and complete the online FROZEN JR ACTOR INFO/CONFLICT FORM prior to your audition, so that we have some information gathered about you before you come.

**NEW** We would also like actors to RSVP in advance to tell us which night they are coming. You can do that by clicking HERE. It is not required that you RSVP, but it is helpful if you do so and if you self-select whichever night has the fewest amount of people already signed up. We expect a lot of interest in this show, and audition nights may be very busy. It is to your advantage if you all try your best to have an even number of people attending each audition session, rather than one night where “everybody” comes and one night where “nobody” comes.

Callbacks for select actors will take place on Saturday, September 14 from 1:00-3:30pm. A list of actors needed at callbacks will be posted by noon on Friday, September 13.

If you wish to audition, but cannot make any of the scheduled audition times, please contact Maureen O’Malley at maureenomalley721@gmail.com to make alternative arrangements.

WHEN ARE REHEARSALS? Regular rehearsals begin on Monday, September 16 and run through Saturday, November 2. They will take place on the following schedule:

There will be rehearsal over MEA break (October 17-20). Make sure that you indicate all rehearsal conflicts when filling out the online form (linked above).

WHEN ARE THE DRESS/TECH REHEARSALS AND PERFORMANCES? There will be four dress/tech rehearsals and six performances. They will be held on this schedule:

WHAT IS THE TUITION TO TAKE PART IN THIS PRODUCTION? Actors who are cast in Frozen JR will pay a $345 tuition fee. This fee helps to cover the cost of show licensing, production materials (costumes, sets, etc), staffing, and building usage. Partial and full scholarships are available for those who need assistance. If you would like to inquire about scholarship availability, please contact Blue Water’s office manager — Alison Haseman — at alison.haseman@bluewatertheatre.com.